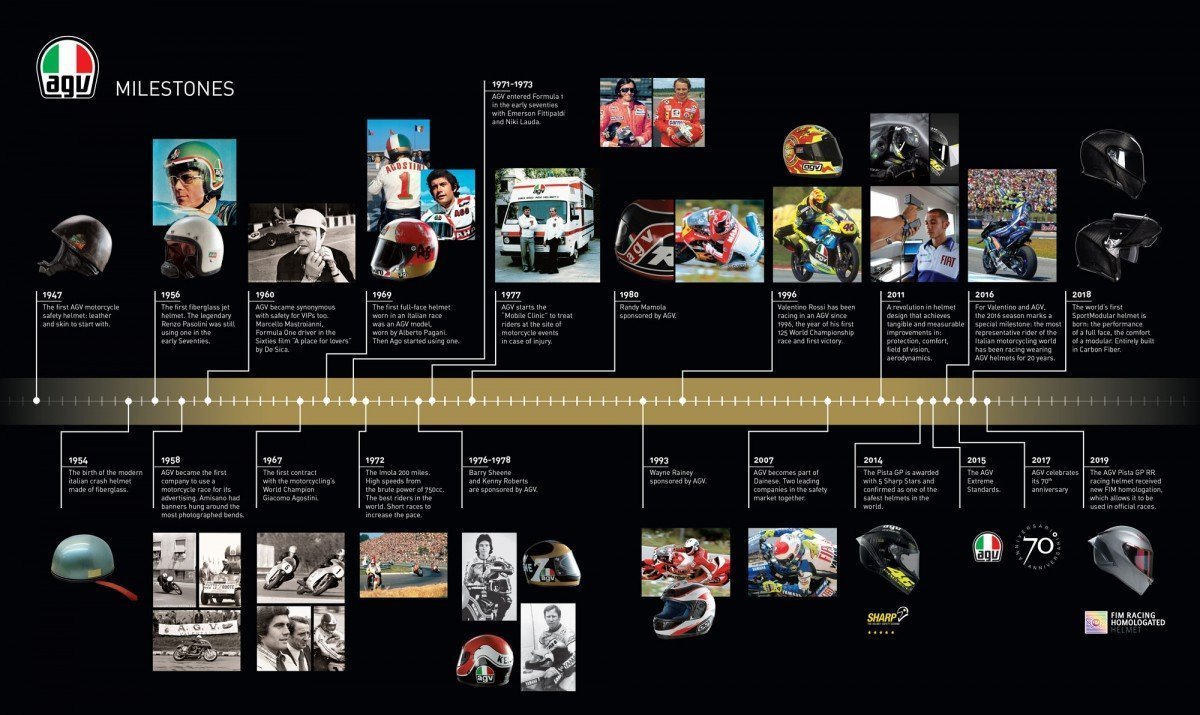 Everything began immediately after the Second World War when AGV in 1946 started out as manufacturer of leather seats and bicycle saddles. It was in 1947 that Amisano Gino from Valenza, the historical founder (hence the name AGV), entered into the motorcycle helmets world; an important step which gained since the beginning unprecedented commercial success together with the chance of being part of sport competitions. In 1969 AGV developed the fi rst fi berglass fullface helmet.

Since the beginning, AGV’s history has been directly linked to the one of riders who have made the motorcycle history: Giacomo Agostini, Barry Sheene, Kenny Roberts, Angel Nieto, Marco Lucchinelli, Niki Lauda, Nelson Piquet, Emerson

Fittipaldi, Randy Mamola, Loris Capirossi, Max Biaggi, Valentino Rossi and many others. The Pista GP was created in 2012 as the fi rst of a new generation of helmets from the AGV Extreme Standards project. This process revolutionised helmet design and test methods and, from the outset, the clear aim was to signifi cantly and demonstrably improve rider protection, ergonomics and comfort. AGV has never doubted its mission to protect riders and has never wavered in its commitment to Innovation and Research & Development to let riders enjoy their passion to the full in complete safety.

From the track to the road, for the Champions of every day.